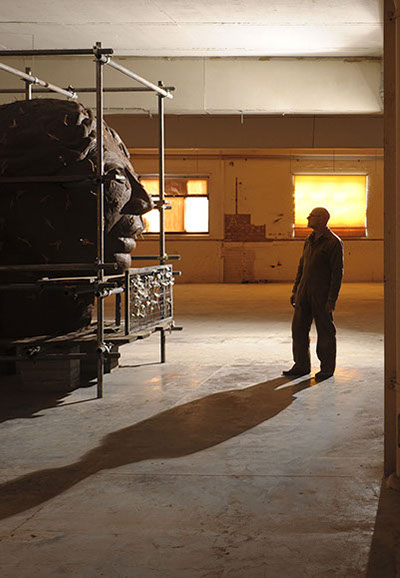 Stephen Dixon studied Fine Art at Newcastle University and Ceramics at the Royal College of Art, graduating in 1986. He currently holds the chair of Professor of Contemporary Crafts at Manchester School of Art, investigating contemporary narratives in ceramics. His work features in numerous public and private collections, including the Museum of Arts & Design, New York; the Victoria and Albert Museum; the British Council; the Crafts Council; the Royal Museum of Scotland and the Fine Arts Museums of San Francisco. He was a Trustee of the Crafts Council from 2009 to 2013, and is a member of the Art and Design sub-panel for REF 2021.

In 2006 Dixon travelled to Australia as part of The HAT Project, to investigate the effects of dislocation on the creation of cultural artefacts. This experience provoked a shift away from the ceramic vessel as a vehicle for narrative, towards intervention and installation works such as 'Bush Pantry' (2007), 'Monopoly' (2009) and 'Letters from Tripoli' (2011). He was awarded the inaugural V&A ceramics studio residency in 2009, where he embarked on a new body of work exploring political portraiture. ('Restoration Series' 2011-2013).

In 2000 he received an Arts Council Year of the Artist award for ‘Asylum’, a collaborative project with Amnesty International U.K. and Kosovan refugees. Recent public engagement projects 'Resonance', 'Resonate' and 'The Lost Boys' have examined commemoration and the material resonance of archives and objects, in the context of the centenary of World War 1. ‘Passchendaele: mud and memory’ focused specifically on the materiality of the conflict, using terracotta clay sourced from the battlefields of the Western Front.